Bringing the Bounty of Sportsman's Paradise to Those in Need

Hunters for the Hungry Louisiana has turned a recreational pastime into a resource for residents facing food insecurity.

Long coined Sportsman’s Paradise, Louisiana is brimming with fish and wildlife as diverse as the people who reside here. Living off the abundance of the land and waterways is not only a tradition, but a way of life for many Louisianans. It is this culture that fueled the dream of Hunters for the Hungry Louisiana founders, Richard and Judy Campbell, to take advantage of this plentiful bounty and utilize it as a tool to help fight hunger in our state.

In 1994, while on a hunting trip outside of Louisiana, the couple learned of a similar program and knew the concept would be successful at home. Upon their return, they quickly assembled a group of hunters to discuss a donation of harvested game to a local shelter in the Baton Rouge area. Donations within that first year were so great that the shelter’s dining hall storage room was pushed to the limits, prompting the group to reach out to the Greater Baton Rouge Food Bank and formalize the nonprofit.

“Since that very first donation, Hunters for the Hungry Louisiana has continued to increase our efforts,” says Julie Grunewald, executive director. “Today we provide hundreds of pounds of lean protein to those in need in communities through various programs and in partnership with the five major food banks across the state.”

Louisiana is uniquely positioned within the country, boasting unmatched access to the outdoors, a myriad of wildlife, and over 900,000 resident hunters and anglers. In addition to being a favored past time, the sportsman’s industry is a major driver in the state, supporting nearly 24,000 jobs, providing over $165 million annually in local and state taxes, and providing an economic impact of over $1.6 billion.

Meanwhile, Louisiana food banks work tirelessly to meet the demand of those in need. One in six people in the state struggle with hunger, affecting over 750,000 citizens. While the percentage of households in Louisiana that lack consistent access to sufficient food has dropped in recent years, the state remains far above the national average, highlighting the need for continued investments that help supply residents with the resources they need.

Hunters for the Hungry works to reduce the number of hungry families by connecting hunters and fishers across the state capitalizing on the bounty of the land with their neighbors in need. The mission is simple and open to any and all Louisiana residents, even if you’re not an outdoorsman! Donations of all proteins, including beef, pork, and poultry, are not only welcomed and accepted, but also needed.

The organization makes donating as easy as possible. Major programs include the annual Clean Out Your Freezer Day where sportsmen are encouraged to make room in their freezer for what they will be bringing home in the upcoming hunting and fishing season. Thirty-five drop locations are set throughout the state and all properly packaged protein is accepted and welcomed.

Another key program is the Freshly Harvested Game Program where hunters can harvest a deer and drop it at one of the partner processors.  The processor handles the preparation and packaging and then drops the bounty at the community food bank or shelter.  There is no cost to the hunter for this, as the processing fee is covered by Hunters for the Hungry.

“We have hundreds of thousands of outdoorsmen from one end of the state to the other, and we are proud to say that our organization is present in all 64 parishes,” Julie continues, “We also realize that we have hundreds of thousands of residents that battle food scarcity.” In 2020, the economic impacts of COVID-19 caused this need to grow significantly. In the fall of that year, Louisiana sportsmen joined together to donate over 24,000 pounds of protein on their Clean Out Your Freezer Day.

Hunters for the Hungry Louisiana not only focuses on the harvesting of wild game and fish, but works to ensure that that bounty is available for future generations to enjoy. Outside of food donations, the organization works to involve youth, teaching them not only service, but also stewardship and a love for the land. Through teaching management practices and preservation methods, Hunters for the Hungry Louisiana is fulfilling the immediate need while working to maintain an available food source for the future.

“It is our hope that future generations can experience and appreciate the beauty of Louisiana,” Julie says. “In turn, if they can be taught to be kind and respectful to nature and each other, I think our mission will continue to live on and Hunters for the Hungry will be a success and Louisiana will continue to thrive.” 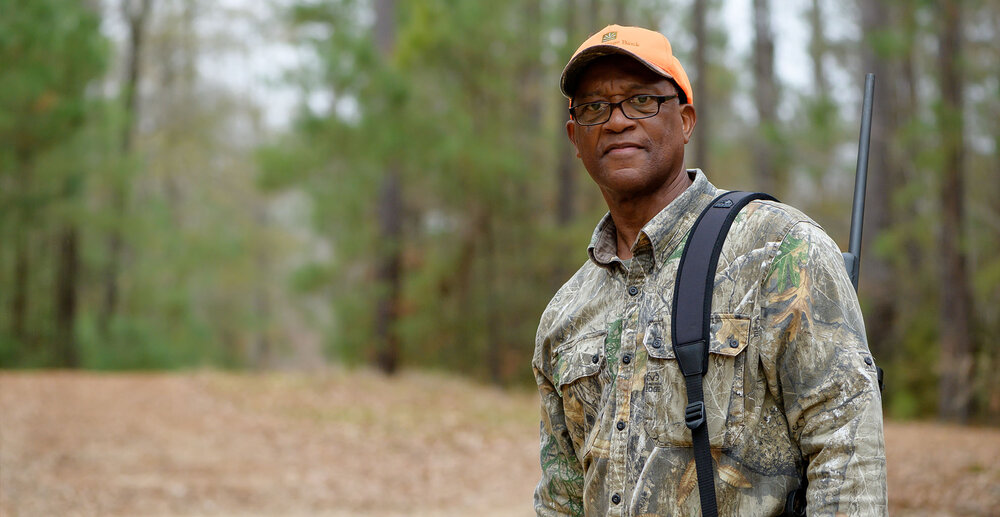 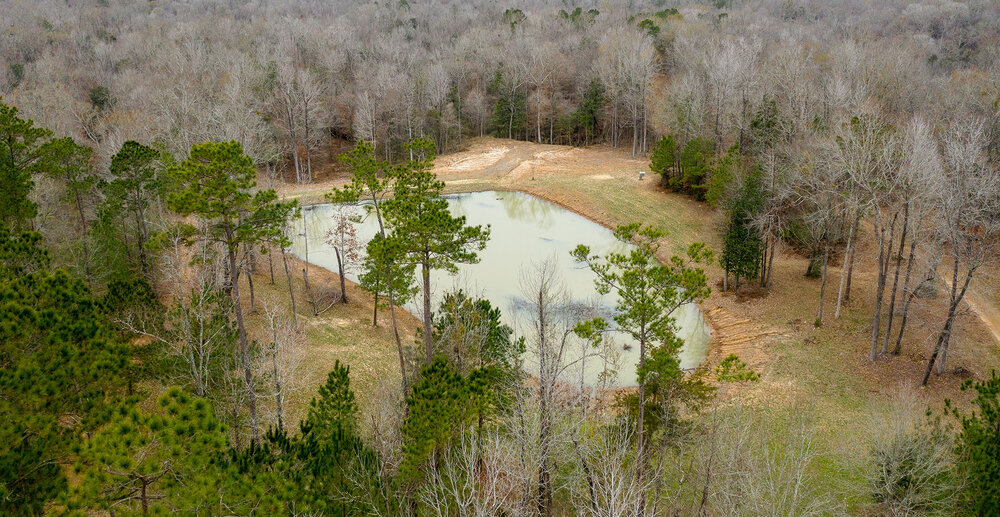 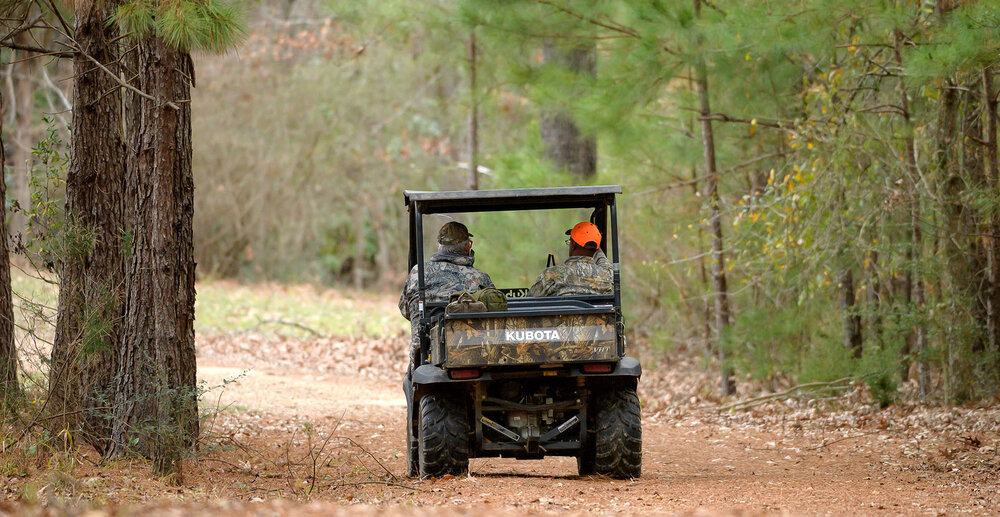 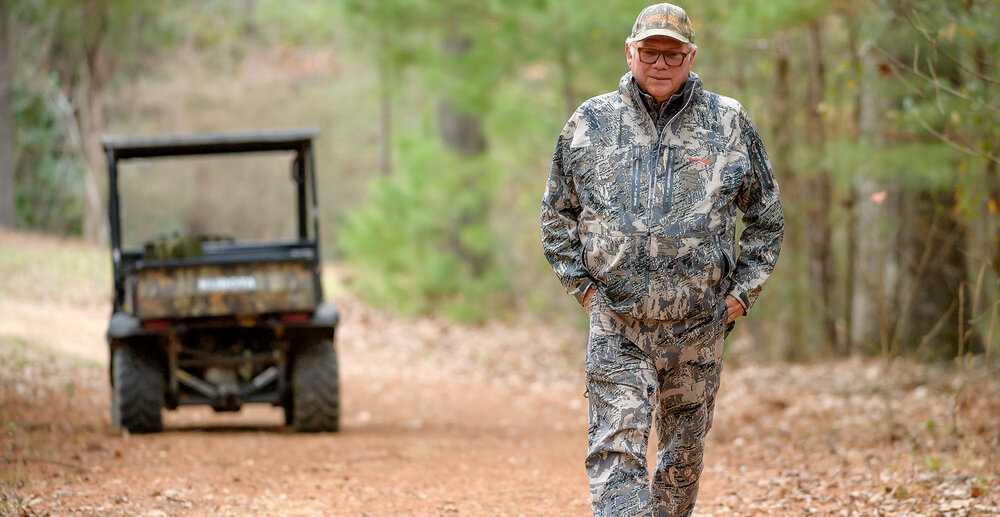 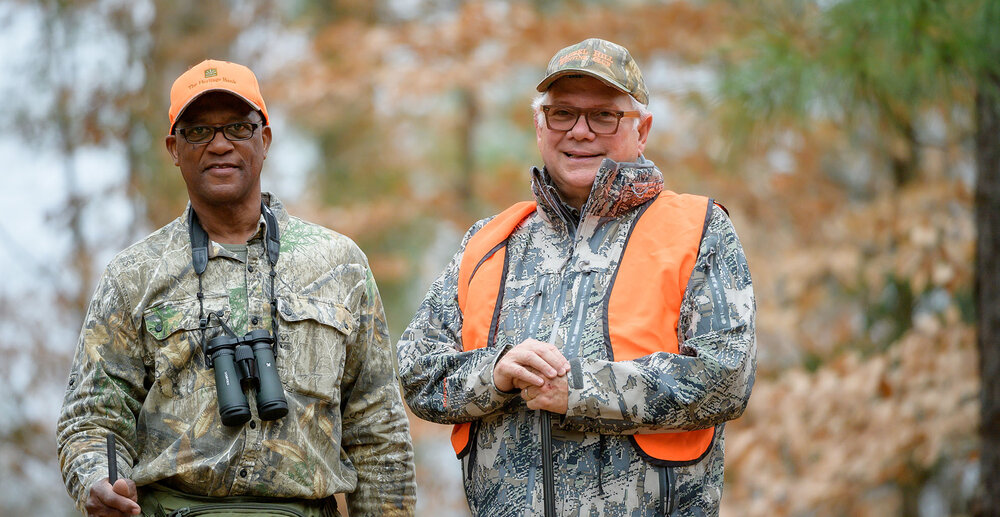 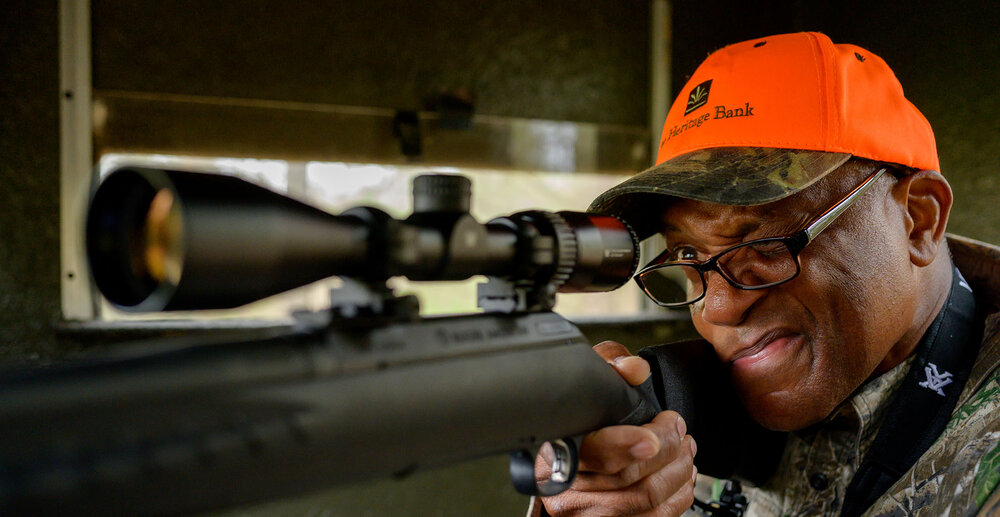 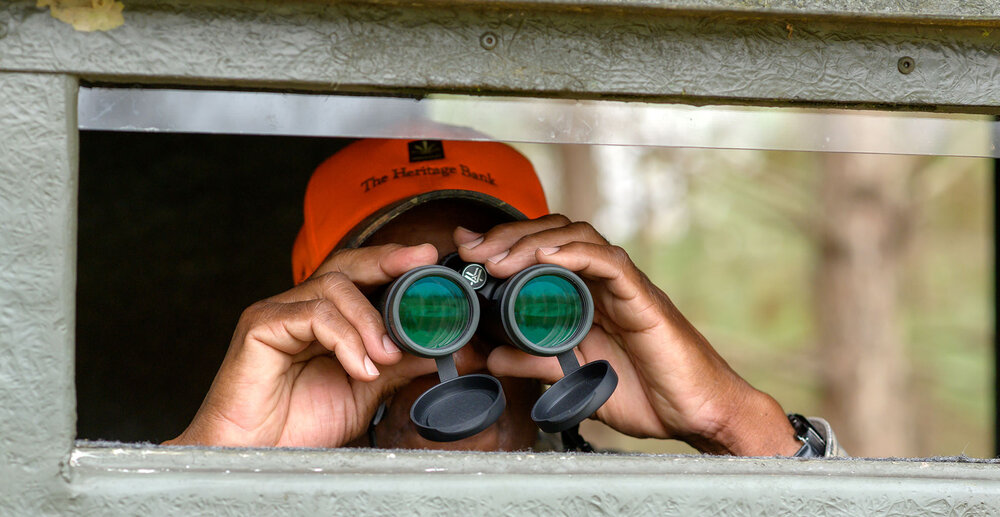 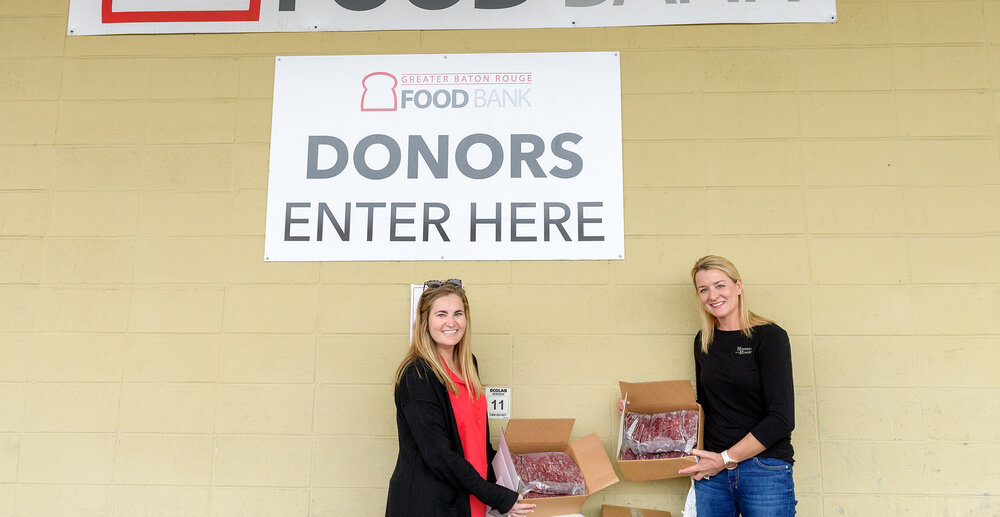 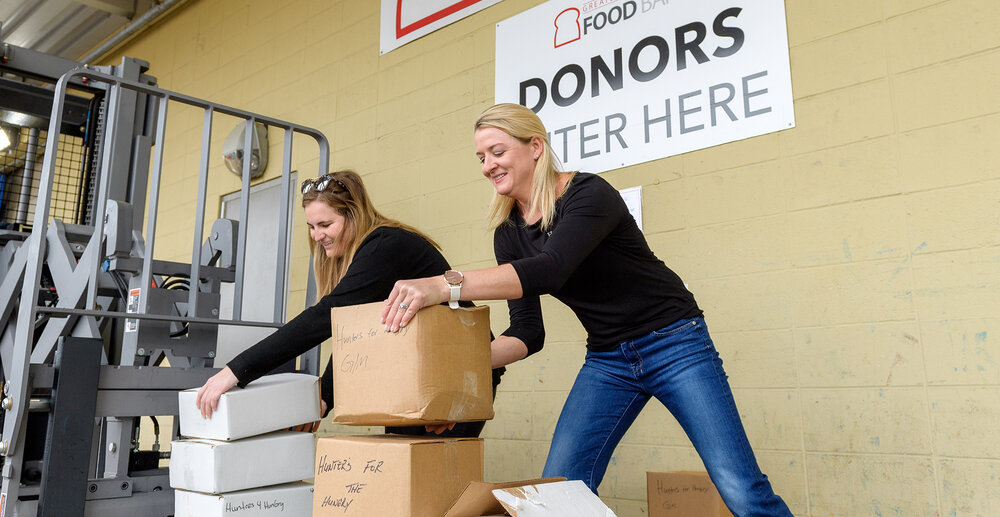 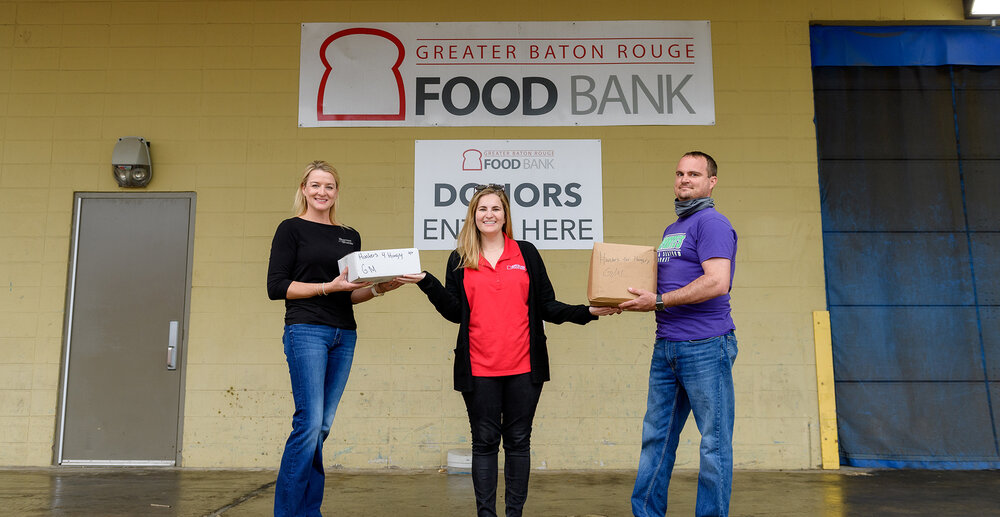 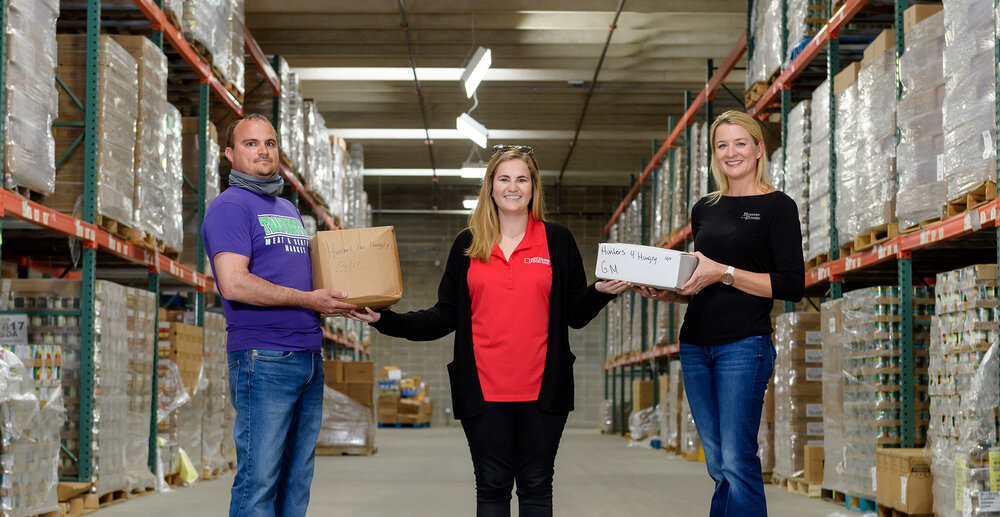 The owner of Iverstine Farms Butcher in Baton Rouge, Galen brings sustainable, locally raised meats directly to Louisiana consumers. Enabling customers to connect with local farms and expanding opportunities for farmers who cultivate and support Louisiana’s land has been a decade-long goal.