Galen Iverstine's return to his Louisiana roots has given him a vision for the state's future.

The owner of Iverstine Farms Butcher in Baton Rouge, Galen brings sustainable, locally raised meats directly to Louisiana consumers. Enabling customers to connect with local farms and expanding opportunities for farmers who cultivate and support Louisiana’s land has been a decade-long goal. Now, Galen’s mission to bring sustainable agriculture to his hometown has grown to encompass an even larger vision for Louisiana: sustainable agriculture as the state’s next big industry.

A Baton Rouge native, Galen has lived in Hawaii, Texas, and New Hampshire, but no matter where he traveled, his ties to Louisiana and its land remained strong. Although he graduated from LSU in 2009 with a degree in political science, Galen’s interest in the environmental, social, and economic impacts of today’s industrialized food system — in particular how it has marginalized farmers over the past 50 years — ultimately sent him in another direction. After researching alternative methods of farming and how to market sustainably farmed products, he — along with his father, Jack — bought 65 acres in the hills of St. Helena Parish in Kentwood, just south of the Mississippi border. The pair leased the land to a cattle producer for a year while Galen worked an internship on a farm in New Hampshire.

Six years, later Galen opened a full-service butcher shop and a smokehouse in Baton Rouge to fulfill his desire to bring the family’s local farm-raised meats directly to customers. He has since switched his focus from doing his own farming to sourcing and promoting sustainably raised product exclusively from other local farms. “We source-verify every one of our farms to make sure they use farming methods that care for the animals and heal the land,” he said. It’s a move in keeping with Galen’s desire to better serve Louisiana farmers and consumers.

To that end, he works directly with farmers to remove several steps in the conventional meat-processing chain. “There are a lot of moving parts to get an animal to market,” he said. “Everyone sees a pretty cut of meat in the package and does not understand what it takes to get it to that point.” Those moving parts, Galen said, include “a farmer, a pasture with grass, a cow having a calf, two years to get that animal to finish, a slaughterhouse, and then getting a 500-pound carcass fabricated down to retail cuts.”

It’s a chain from which most Americans today are removed, and Galen wants to see that change as well, believing that the more people know about where their food is grown, how it’s processed, and how far it travels, the more motivated they’ll be to support local businesses that practice healthy, sustainable farming.

Extending Iverstine Farms Butcher’s reach with local farmers and getting their products into more retail outlets throughout the state plays a crucial role in removing key links on that chain, he said, in part by tightening the distance food travels. Instead of calves born in Louisiana being sent to a feed yard in the Midwest, then shipped to a packing plant and the meat ultimately sent back to Louisiana grocers, Galen envisions the entire operation remaining in-state. “I contend that we can do that all here,” he said.

And not just when it comes to meat production and processing. Galen sees Louisiana as well positioned to leverage its agricultural natural resources to become food independent. Even more, he views food independence as an important step in diversifying Louisiana’s economy and seeing it become competitive on the national stage. Although oil and gas will remain important economic drivers, Galen’s vision encompasses encouraging growth in sectors beyond the petroleum industry.

Starting, of course, with food. “Agriculturally, Louisiana is the best-positioned state in the country,” he said, pointing to its temperate year-round climate and location as a prime transportation hub thanks to the Mississippi River, numerous rail lines, and two major interstates. In addition, ongoing water issues on the West Coast and a growing movement away from fossil fuels mean expanding the state’s economy to encompass additional industries makes even more sense. “While our main industry continues to be oil and gas,” he said, “there is no reason that we can't move agriculture to the forefront to have a healthier, more sustainable Louisiana for future generations.”

Noting that food culture in Louisiana is rich and deep and forms the hub around which almost everything else in the state pivots, Galen sees Louisiana’s transition to an agricultural powerhouse as a no-brainer, both in terms of Louisianans’ health and the state’s economy as a whole. What’s also a no-brainer is that Galen will continue to play a key role in that transition. 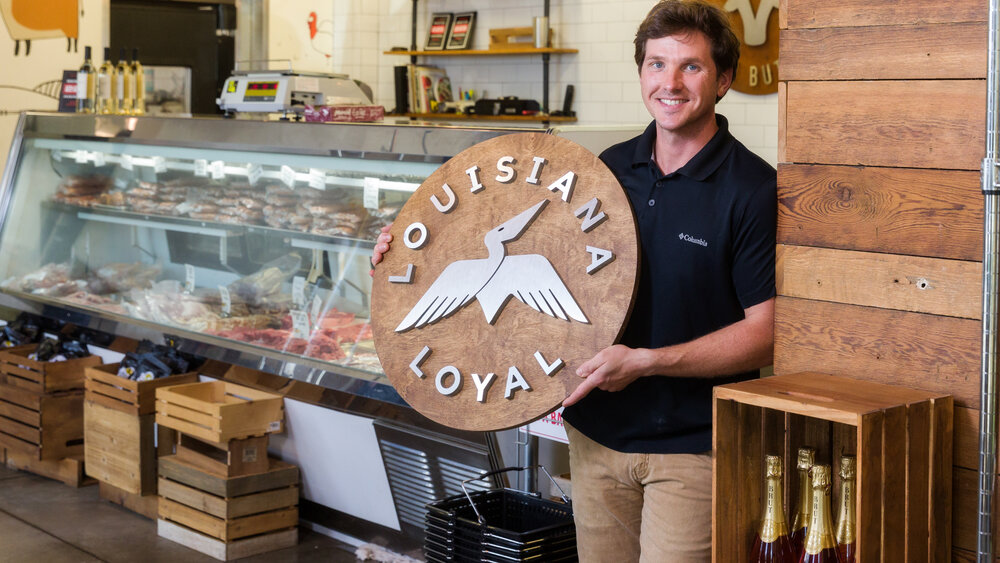 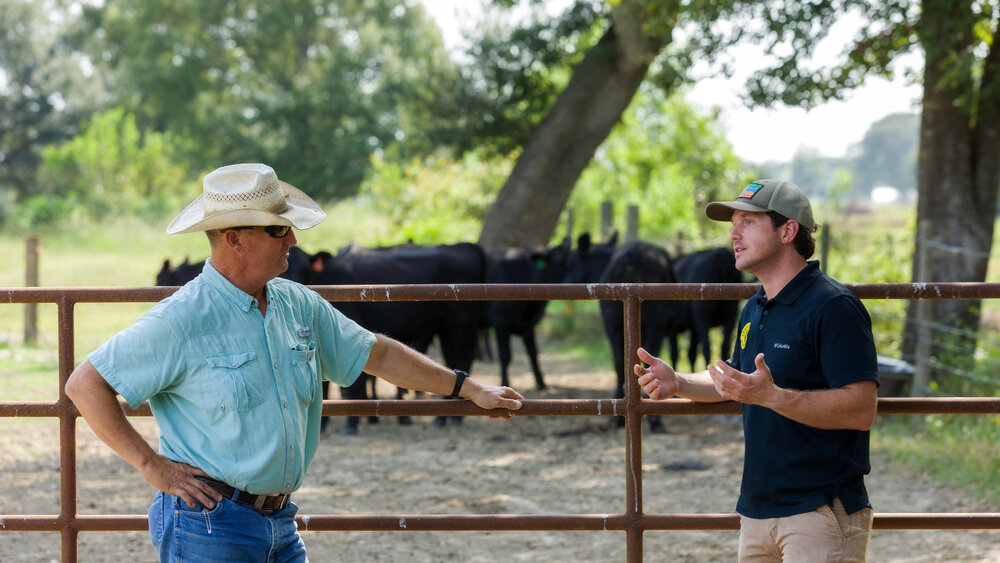 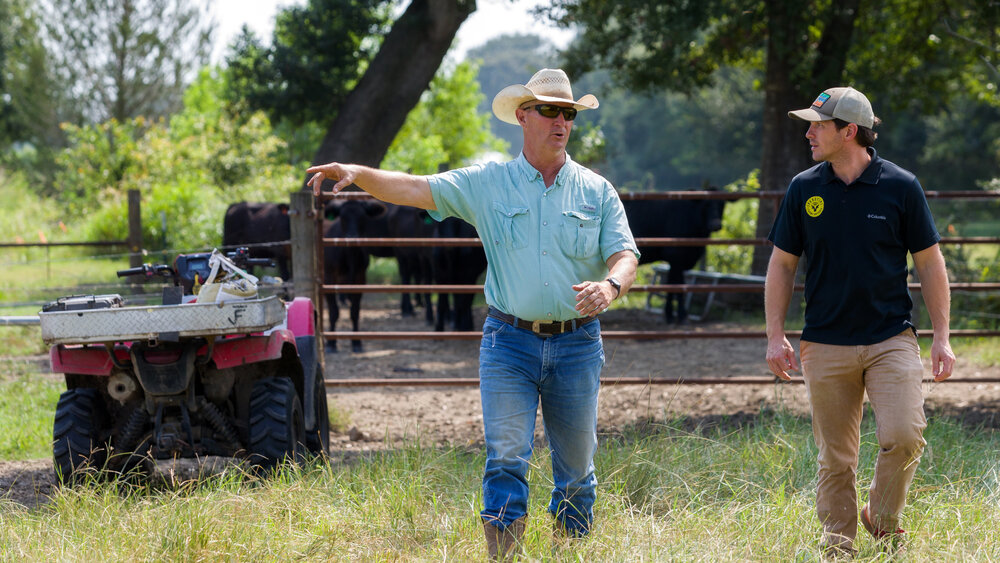 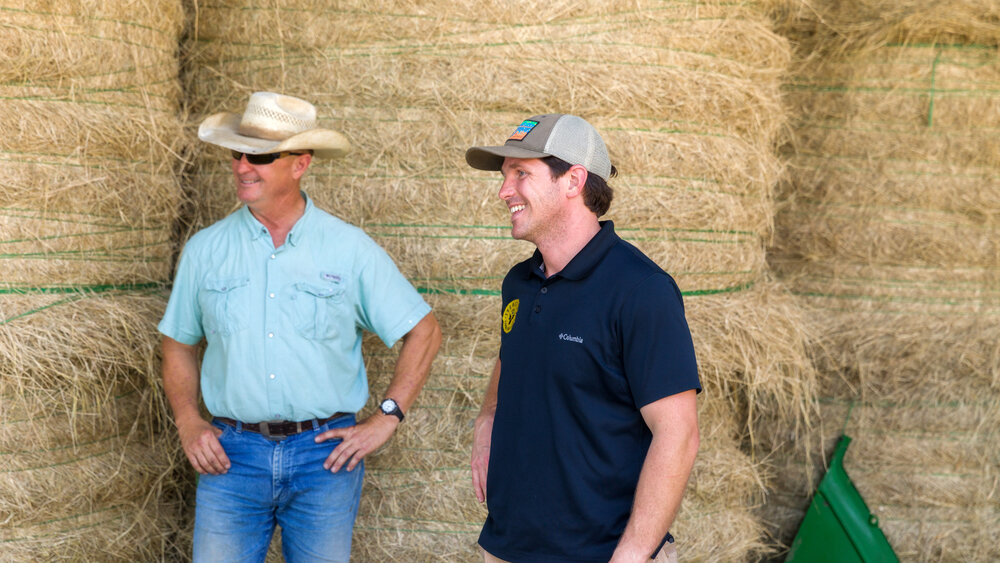 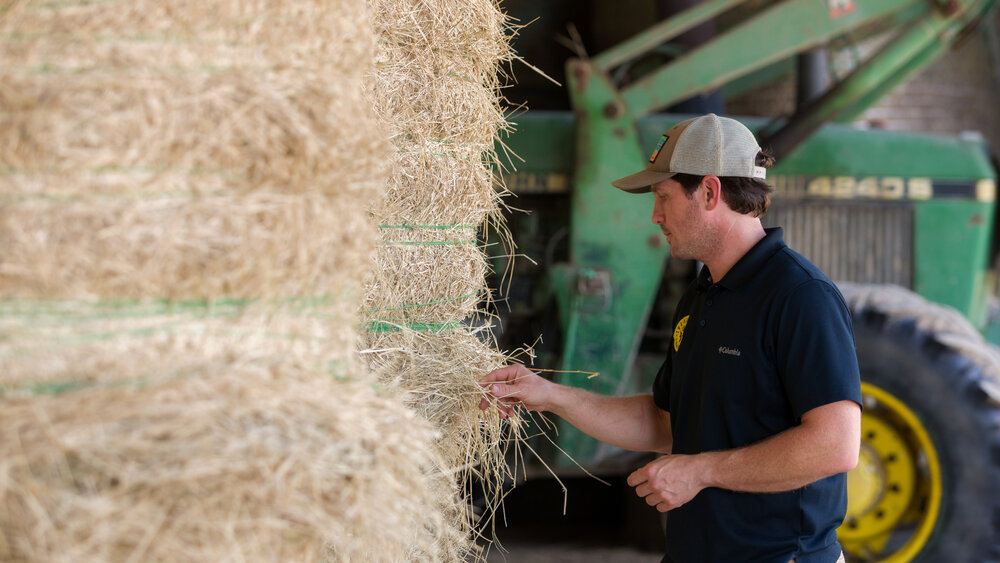 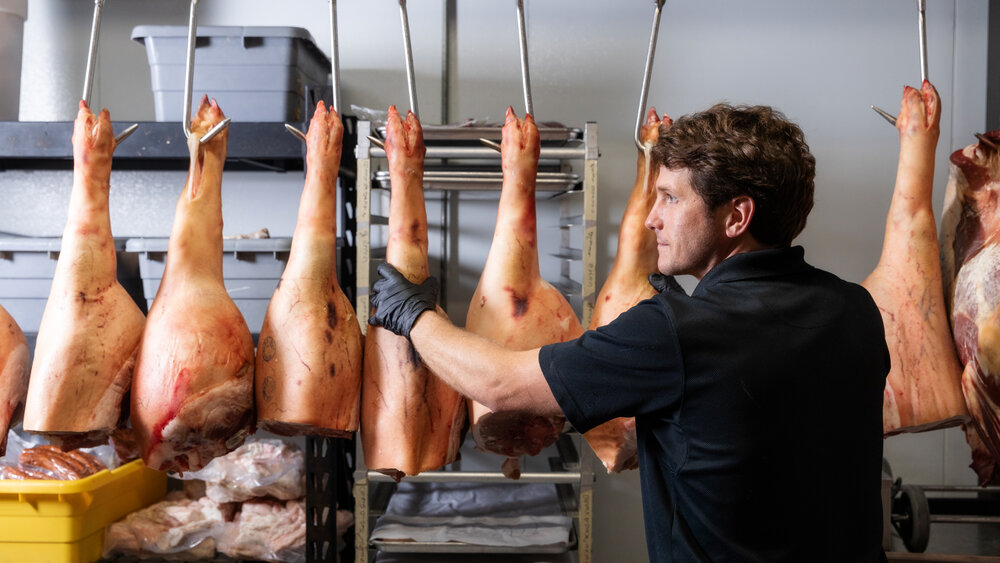 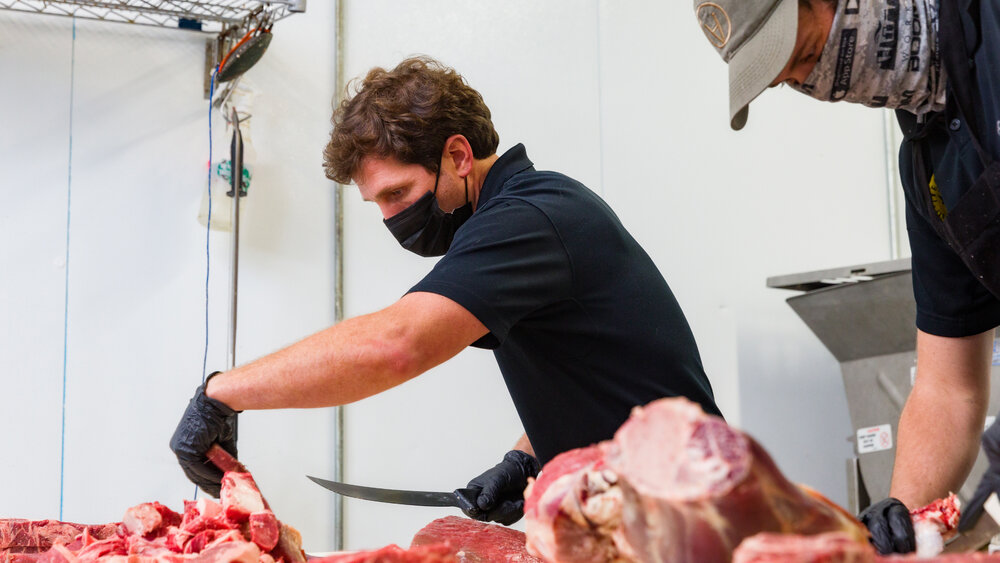 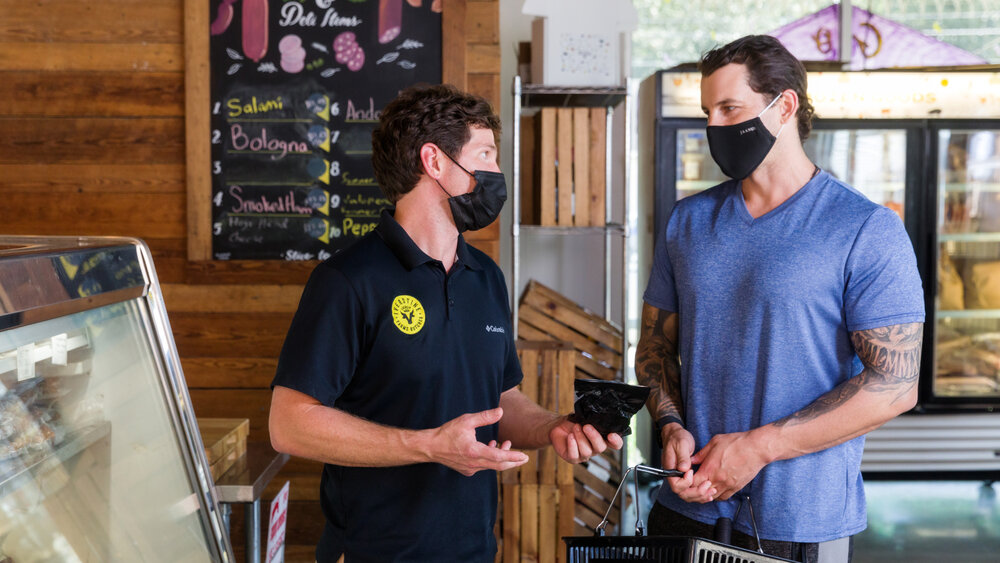 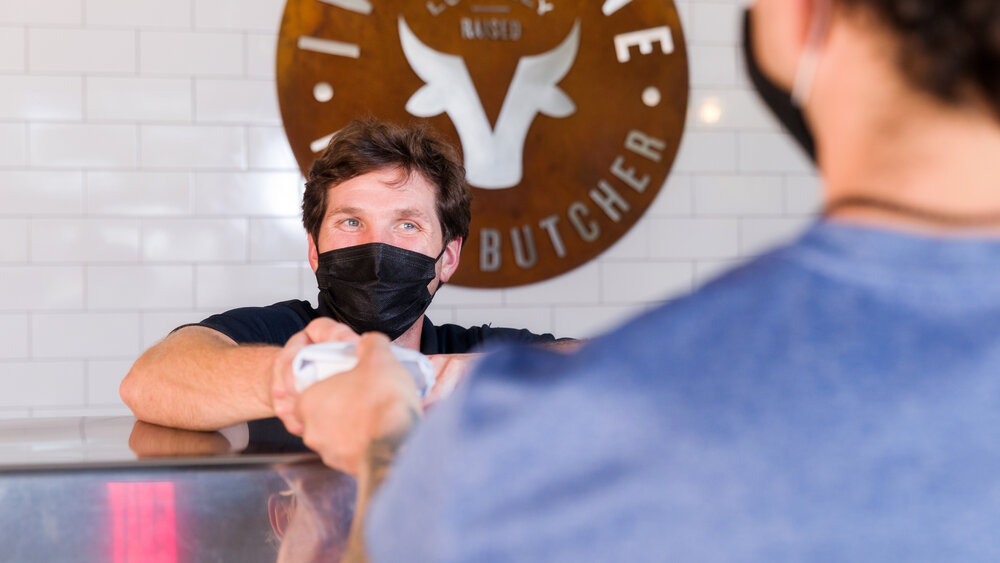