Brace "Trey" Godfrey III is just two years into his position as executive director of 100 Black Men of Metro Baton Rouge, a nonprofit organization dedicated to improving the lives of African-American youth, but it’s a role he’s been preparing for since he was a kid himself.

In 1993, when he was 13, Trey’s late father, Brace Godfrey Jr., helped launch the organization, a chapter of 100 Black Men of America. The national group, which has over a hundred branches and whose motto is “What they see is what they’ll be,” is a civic organization and service club whose stated goal is to educate and empower African-American children and teens. Trey regularly accompanied his father, the chapter’s first president, to local 100 Black Men events — everything from distributing supplies-filled backpacks at back-to-school events to observing the group’s mentoring program. As the Advocate noted when Trey was brought in to run the group’s day-to-day operations, he “knows the operation inside and out.”

Today, as executive director of the organization, Trey leads a community volunteer effort to empower and equip young African-American males to step forward and assume roles of community leadership, responsibility, and guidance. “Through my profession — my passion — I am able to work with a dynamic group of men who are committed to doing what it takes to elevate our community and our state,” he said.

With a mission to foster and develop model programs that build community by bettering the lives of Baton Rouge youth, the organization serves as a catalyst in empowering youth to reach their full potential, both individually and collectively. “We work daily to open doors, to mentor, to expose, to encourage, to support, and to enhance lives,” said Trey. “The men of this organization have a trenchant and urgent commitment to empower and equip young people of our community to become the best versions of themselves that they can be.”

He adds, however, that the work isn’t easy and there are no easy fixes. “You have to be dedicated to impacting change and in it for the long haul.”

The chapter focuses its efforts on direct grassroots outreach and programming that stands on four pillars known within the organization as “Four for The Future”: mentoring, education, health and wellness, and economic empowerment. “I am a firm believer that a community is elevated when its people have access to programs and policies that matter — a strong educational system, a thriving workforce, quality healthcare, and a safe environment,” he said.

Mentoring is the hallmark of the group’s work. Its flagship program, Project Excel, has overseen the mentoring of hundreds of middle and high school African-American males, helping them develop essential life skills, improve academic performance, and become model citizens.

Why so much focus on mentoring? According to Youth Mentor:

For obvious reasons, much of the group’s focus in mentoring is geared toward education. Which is why the young men who successfully participate in Project Excel for three or more years and matriculate at a two- or four-year university are eligible for the organization’s Village Legacy Scholarship, which since its inception in 1994 has awarded over $60,000 in scholarships.

While the chapter’s immediate priority is Baton Rouge youth, Trey also sees the organization as a player in bettering the state as a whole. “Louisiana reaches its full potential when we all work together for the benefit of our community and our future generations,” he said. “We should recognize the unconditional human worth in each other, celebrate our differences, and embrace each other fully. I want all citizens to understand that we can each make an impact and change a life.”

Which is exactly what Trey and his fellow volunteers are doing with 100 Black Men. Even more, it’s exactly what they want to see from the young people they help. “The legacy of the 100 lives on through the students we mentor, the programs we administer, the lives we change. We want them to go on in their lives and ‘pay it forward,’ continuing to add value to other’s lives as we have done to theirs.”

Trey said his greatest sense of accomplishment comes from seeing the victories of the young people the 100 has helped. “When those young men, who we’ve met first as middle schoolers, come back as strong men, equipped with college degrees and wonderful jobs, I know that we have changed the trajectory of their lives and their families’ lives. There is no better feeling and no greater achievement.” 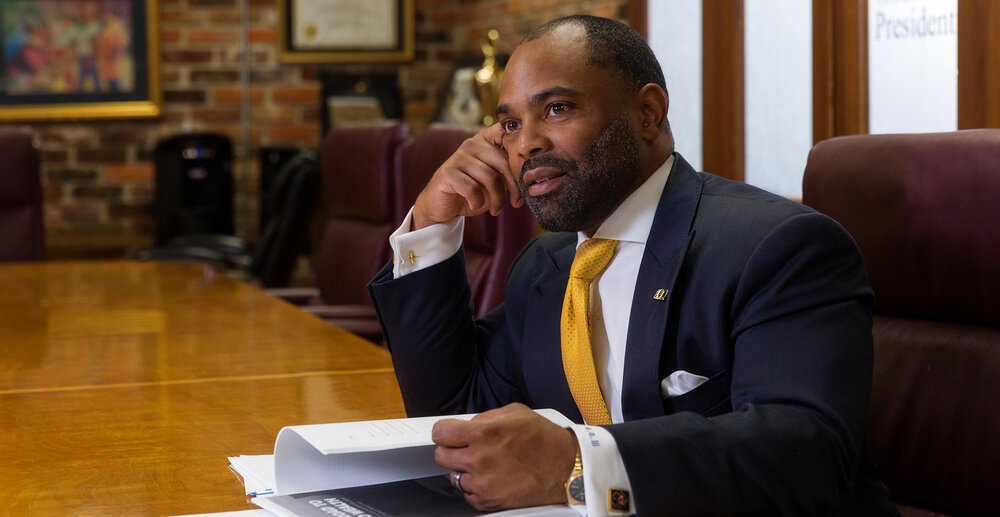 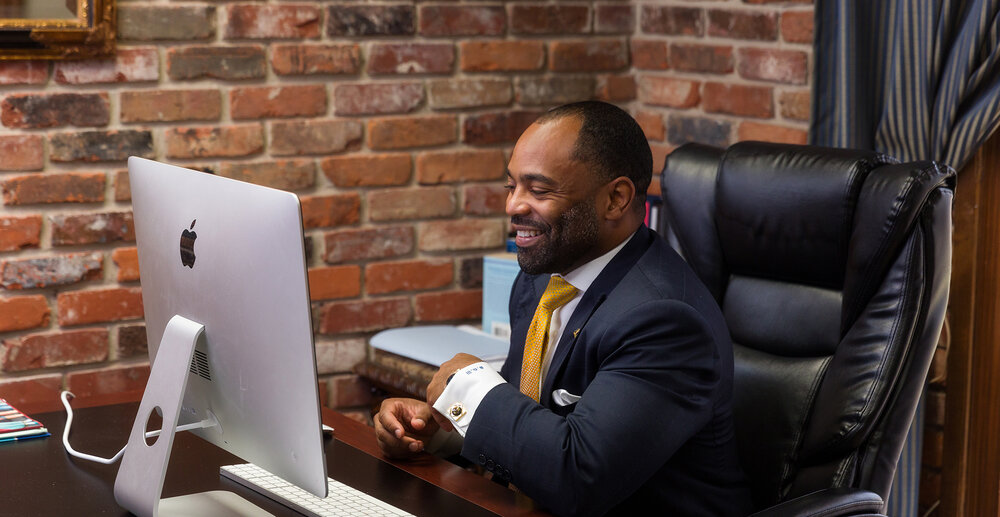 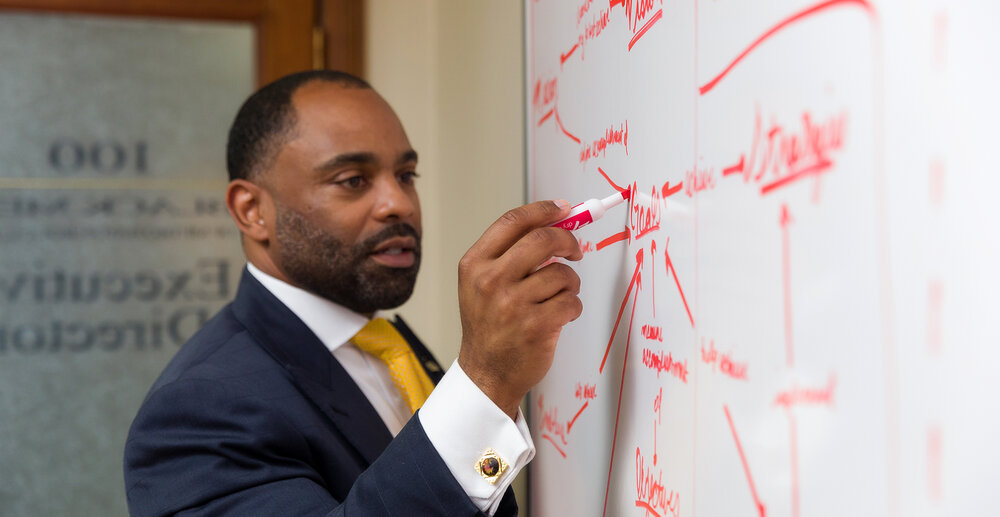 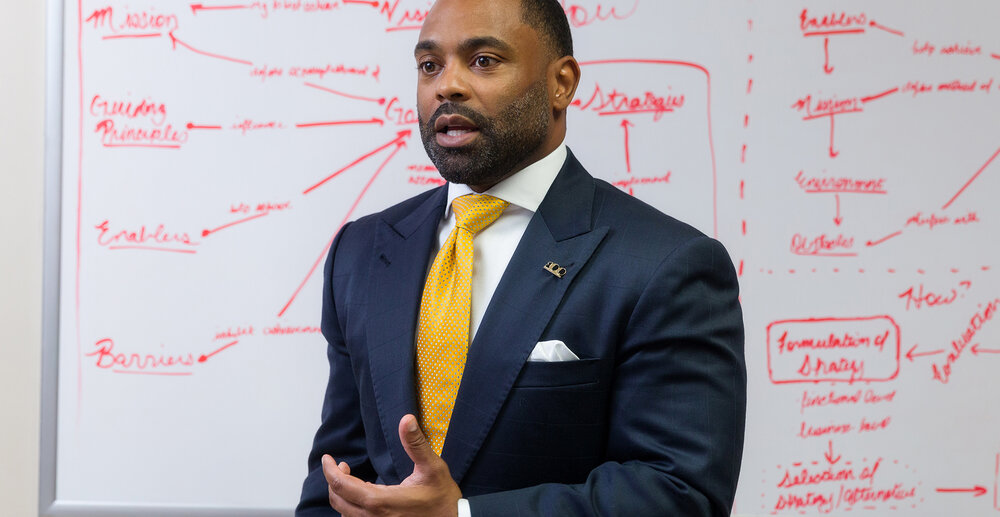 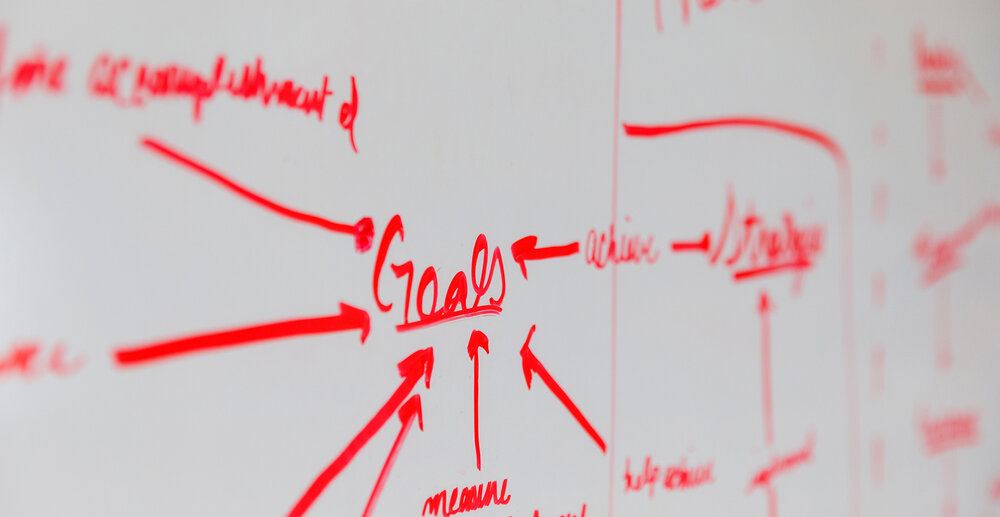 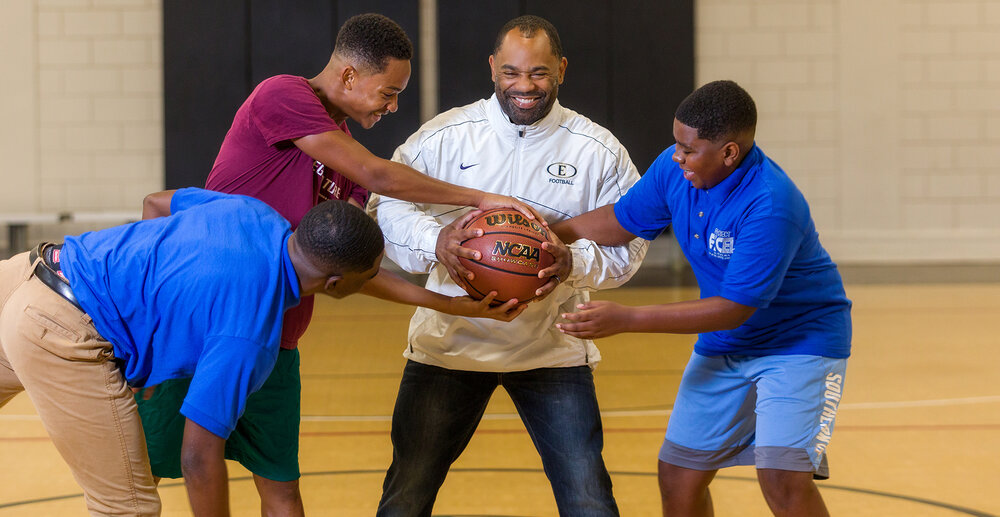 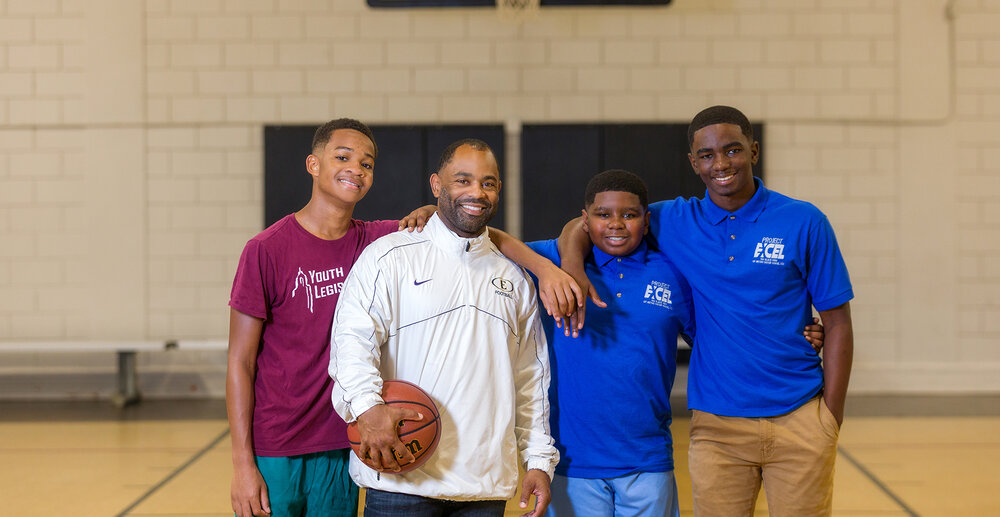 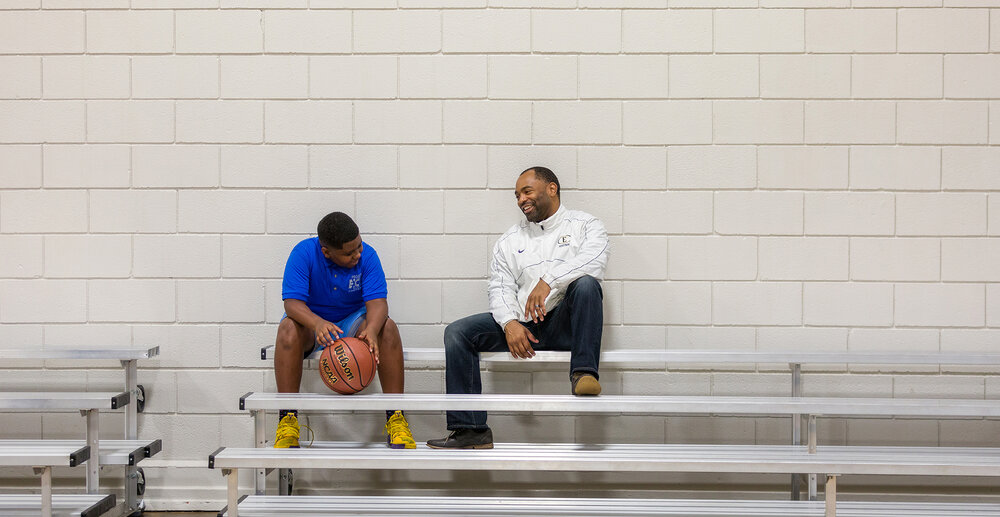 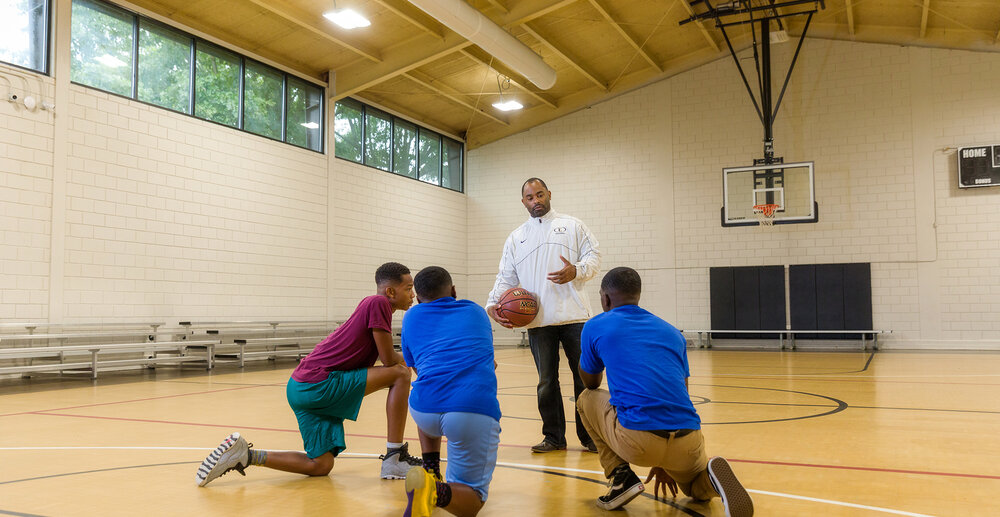 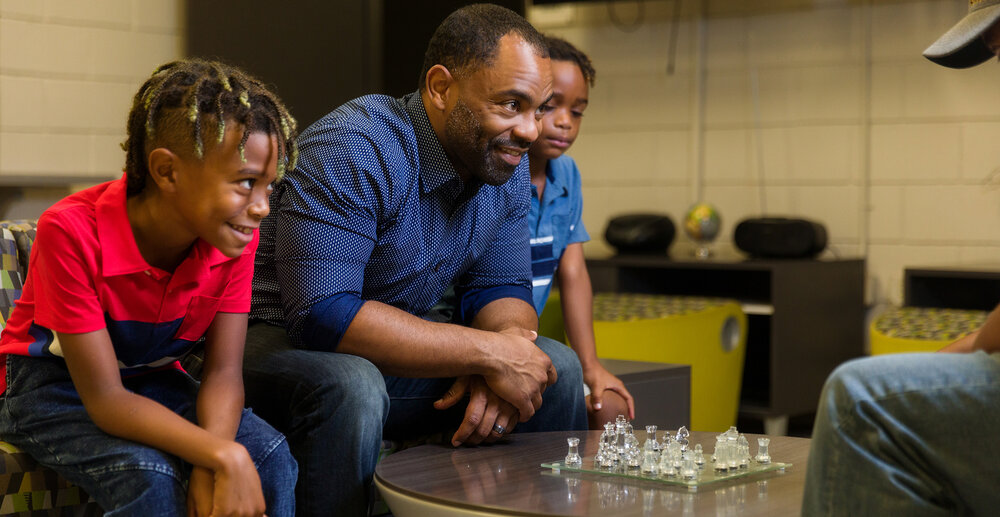