OUR PROMISE TO LOUISIANA WORKERS

When workplace accidents happen, we’re here to provide resources and support every step of the way

1 in 51 Louisiana workers are injured on the job each year. Workers’ comp coverage provides peace of mind and assistance in returning the injured worker back to work. LWCC is committed to providing the best care possible for injured workers.

“I’ve been injured on the job. Now what?”

If you are injured when you are at work, the key to getting back to work is early intervention. It is extremely important to notify your employer of your work-related injury or illness. As your employer’s workers’ comp insurance company, it is our mission at LWCC to help you successfully return to work as quickly and safely as possible.

WHAT ARE MY FIRST STEPS?WHAT ARE MY BENEFITS?WHAT QUESTIONS SHOULD I ASK?

Caring for over 3,000 injured Louisiana workers a year

“My representative answered every question I asked and took care of everything that needed to be taken care of. Very professional.”
Erin
Louisiana Injured Worker

“My claim representative explained everything step by step and answered all questions in a timely manner.”
Robert
Louisiana Injured Worker

“My claim representative was amazing and understanding and great with communication.”
Angelica
Louisiana Injured Worker 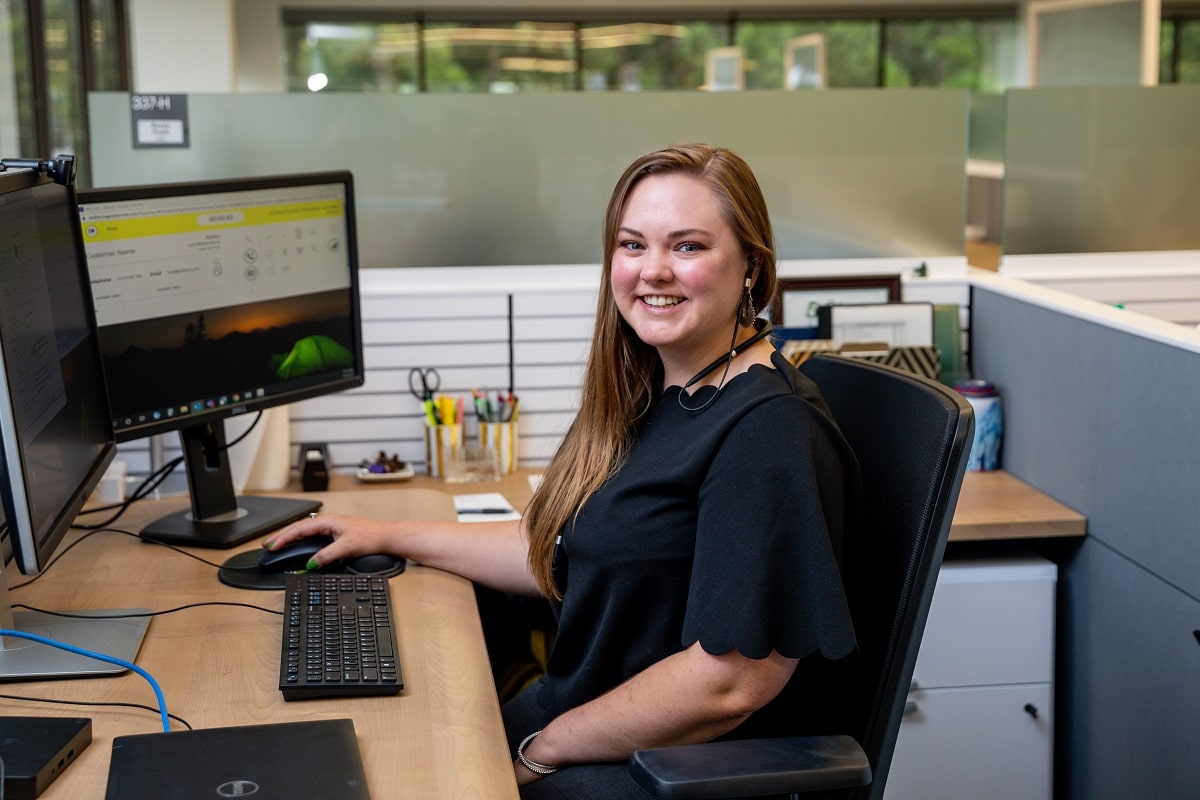 What OMNET® can do for you as an injured worker:

Ensure you have prompt access to skilled providers across the state who have been selected based on their expertise in occupational medicine, use of established treatment guidelines, and effective return-to-work practices

Injured workers need to complete a variety of forms throughout the claims process. Access the most up to date forms here.

If your injury is covered under Louisiana workers’ compensation state law, LWCC will provide you with reasonable and necessary medical treatment and lost wage benefits if you are taken off of work by your treating physician.

Text with Claims Reps via HiMarley

Through Hi Marley, our Claims Representatives have the ability to communicate with injured workers via text message every step of the way to recovery.

This is only a general explanation of Louisiana’s workers’ compensation system and how it affects employers and employees. Details on specific regulations, coverage, benefits and other technical aspects are not included.

What is workers’ compensation?

Workers’ compensation is a type of insurance that provides health-care and disability benefits when you experience a job-related injury. Premiums for this coverage are paid totally by your employer. Because these benefits are outlined under state law, you should receive them timely without needing to hire an attorney, even if the accident was your fault. (As with any law, there are a few exceptions, such as if the injury was due to your intoxication, horseplay, or fist fighting.)

Just about all employees who are injured on the job may be eligible for workers’ compensation benefits. The key question is whether the condition happened while you were at work and because of your employment. This broad definition covers many common workplace injuries. Some employers are not required to provide workers’ comp insurance.

What benefits are payable?

Four basic types of benefits may be provided if you are injured on the job:

How is my weekly lost wage (indemnity) benefit amount calculated?

To determine how much your wage benefit will be, you must first determine your average weekly wage (AWW). For most people, their AWW equals the average gross wages during the four full weeks before their accident. You will be paid 66⅔% of your AWW. This is referred to as your compensation rate (CR).

Gross wages are the total amount of your pay before deductions for taxes, social security, retirement plans, health insurance, etc. It may also include taxable fringe benefits.

AWW is based upon your gross income in the “four full weeks” before your accident. If you were a full-time employee and usually worked 40 hours per week, the calculation may need to be adjusted if any one of the following occurred in the four weeks immediately before your accident:

If any of the conditions listed above affected your work schedule during the four full weeks before your accident, the Louisiana workers’ compensation law says that you should be credited with a full 40 hours of income for that week when calculating your AWW.

If you have a work-related illness (rather than an “injury”), the date of your “accident” is considered to be either the last day you worked for the employer, or the last date upon which you had a harmful exposure to the condition in your employment that caused your illness, whichever is later. You would then calculate your AWW using that date as your “accident date.”

When and how often will I receive a check?

For claims that fall under the state’s jurisdiction, there is a seven-day waiting period before benefits start. If your disability exceeds two weeks, the waiting period will be paid to you.

Can I choose my own doctor?

By law, if you suffer a compensable work-related injury or illness, you may choose a treating physician for an initial evaluation or consultation and may switch providers without seeking approval from your employer or the insurer. However, you must seek permission to switch from one medical provider to another within the same field or specialty.

LWCC encourages you to choose a health-care provider in our occupational medicine network, OMNET®. OMNET® is a statewide network of over 2,000 medical providers that specialize in occupational medicine. If you choose an OMNET® provider, you will receive the best care possible for a faster recovery and return to work. You are also guaranteed appointments with specialists within 72 hours.

While you are free to select a treating physician who is not an OMNET® provider, the physician must gain approval from the payor (insurance carrier or self-insured employer) to continue diagnostic testing or treatment beyond $750 worth of care, unless it is provided under emergency circumstances. Requests for authorization to exceed the $750 limit for medical services may be made by submitting the Louisiana Workforce Commission’s Office of Workers’ Compensation Administration’s (OWCA) LWC-WC Form 1010 (Request for Authorization/Carrier or Self-Insured Employer Response).

Once you choose a treating physician and an initial evaluation is given, the OWCA’s medical treatment guidelines (MTG) and utilization review (UR) rules should be followed when the treating physician requests care above the $750 nonemergency medical care cap.

How does LWCC handle pharmacy benefits?

LWCC has partnered with Healthesystems to provide retail and mail-order pharmacy benefits to our injured workers. You will receive a pharmacy card for ongoing prescriptions and refills. The card may be used at local participating Healthesystems network pharmacies.

Ask your employer for a First Fill form to take to your doctor on your initial visit. This will prevent you from incurring out-of-pocket expenses. Select a Healthesystems network pharmacy so your medications will be evaluated for potentially harmful interactions with other drug therapies and known medical conditions.

There is an exception when utilizing this benefit, if the injured employee chooses a brand-name drug in filling a prescription when a generic is both available and allowed by the prescribing physician. In these cases, the employee is required to pay the difference in cost between the generic and the brand-name drug.

The Louisiana Legislature passed R.S. 23:1203.1 which provided the process of adopting a medical treatment schedule with the purpose of assisting with the decision making process regarding proposed medical treatment for the injured worker. The medical treatment guidelines became effective July 13, 2011.   A copy of the MTG can be located on the Louisiana Workforce Commission’s website at www.laworks.net. Click on the menu item “Businesses” then click on “Workers’ Compensation.” There you will find a link to the guidelines

All medical providers and insurance carriers are expected to comply with the MTG.

What is the LWC-WC Form 1010 (First Request) and when is it initiated?

What is the LWC-WC Form 1010A (First Request) and when is it initiated?

How is a claim for denied services submitted to the OWCA medical director?

The LWC-WC Form 1009 must be filed within 15 calendar days of the date of denial by the C/SIF or the date the denial was received. The medical director shall render a decision as soon as is practicable, but in no event, not more than thirty calendar days from the date of filing.

IMPORTANT: A copy of the completed LWC-WC Form 1009 must be mailed to all involved parties.

Who can file the LWC-WC Form 1009 (Disputed Claim for Medical Treatment)?

The statute states “any aggrieved party” shall file, within 15 calendar days, an appeal with the OWCA medical director. Aggrieved party is defined as “a person whose personal or property rights are adversely affected by a judgment or decree of a court.”

The LWC-WC Form 1009 must be received in the OWCA Medical Services Section no later than 15 calendar days from the date on the written denial letter issued by the C/SIF.

What if any of the parties disagree with the determination issued by the OWCA medical director?

Any party feeling aggrieved by the determination of the medical director shall seek a judicial review by filing Form LWC-WC 1008 (Disputed Claim for Compensation) with the appropriate hearing office within 15 days of the date said determination is mailed to the parties. The filed LWC-WC 1008 shall include the following:

A party filing such appeal must simultaneously notify the other party that an appeal of the medical director’s decision has been filed.

If the medical provider is in compliance with the MTG, are they still required to obtain approval from the (C/SIF) to exceed the statutory limit of $750?

Yes. Even if the recommended medical treatment is in compliance with the MTG, all medical services exceeding the statutory limit of $750 will require the prior approval from the C/SIF as is stated in the Workers’ Compensation Statute (R.S. 23:1142).

What form do I need to complete to receive workers’ compensation indemnity (lost-time wages) benefits?

You must submit a completed LWC-WC Form 1020 (Employee’s Monthly Report of Earnings) within 30 days following your job-related injury, and every 30 days as long as you receive indemnity benefits. Your benefit payment may be suspended if you do not timely submit this report. The form is not required if you only received medical benefits.

Where can I find the required OWCA forms?

The forms are posted on the website, www.laworks.net. You can access the form from the numerical listing by clicking on “Downloads,” then “Workers’ Compensation,” then “Forms–Numerical.”

What is the Louisiana Office of Workers’ Compensation Administration (OWCA)?

The OWCA is part of the Louisiana Workforce Commission (LWC) and is not affiliated with LWCC, which is a private insurance company. The OWCA is responsible for regulating workers’ compensation, self-insurance, and overseeing compliance. In addition, OWCA hearing officers settle disputed claims statewide. The Medical Services Section resolves conflicts over the necessity, advisability, and cost of certain healthcare services and treatment. The agency also encourages employers to adopt safety and health policies and procedures.

What is the Louisiana Department of Insurance?

The Louisiana Department of Insurance is responsible for watching the financial stability of insurance companies operating in the state. These companies are required to meet strict statutory financial requirements and are audited regularly. The department also investigates consumer complaints concerning specific companies. If the problem concerns casualty insurance, the Consumer Affairs Division can be reached at 800-259-5300. If the problem is about life and health insurance, call 800-259-5301. The department does not sell or place insurance.